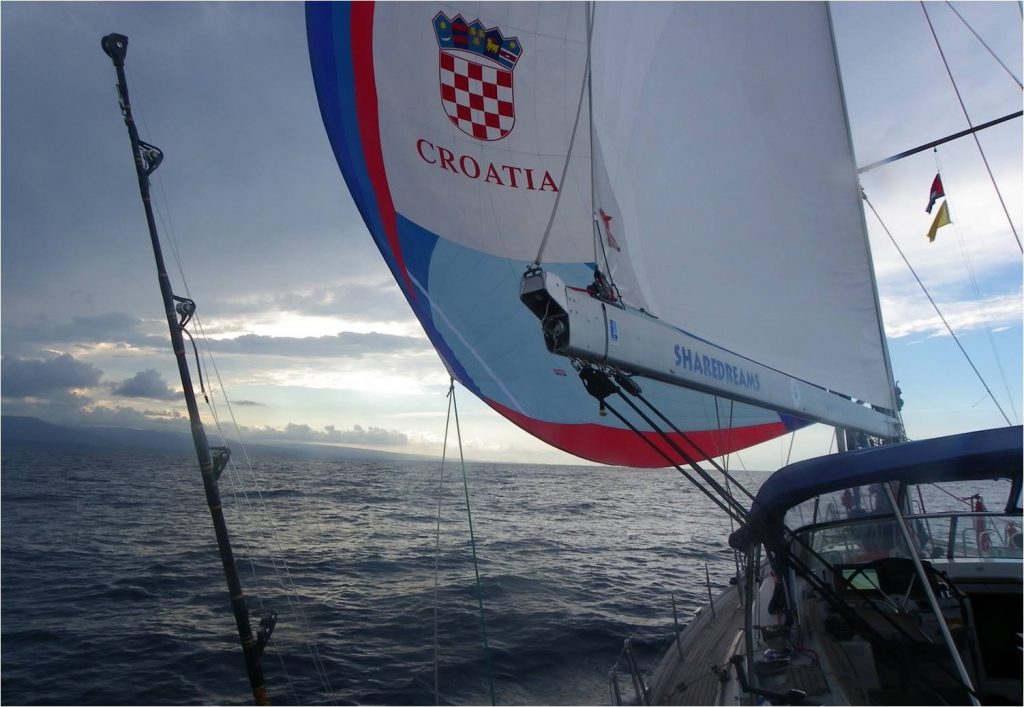 There are a lot of songs written about sailing in a lot of languages and that is because it is such a unique experience for everyone. When the wind is in your hair, the sun is setting on the horizon and the yacht is gliding through the ocean, some want for nothing more than silence so as to absorb the atmosphere around them, whereas others like music to enhance the experience.

Traditional boats and ships seem to attract musicians. Guitar, harmonica, violin, squeezebox and of course just a good singing voice or two are always welcome on any voyage.

There are a lot of themed voyages where you are guaranteed a talented musician on board and there will be moments when the air will be filled with live music. Clearly, if hands are needed on deck the instruments will be kept dry and safe until there is a practical time to relax and enjoy a bit of a knees up and sing a song. The destinations of these voyages are enhanced by the sound of live music and if you have a harmonica or banjo that you would like to bring along with you all the better!

For a long time, people have tried to mimic the sound of the sea and the boat sailing on it. One of the tries resulted in a yacht rock. It refers to adult-oriented rock (or West Coast Sound) which became identified with yacht rock in 2005. Understood as a pejorative term, yacht rock referred, in part, to a stereotypical yuppie yacht owner enjoying smooth music while sailing. Many yacht rockers included nautical references in their lyrics, videos, and album artwork; exemplified by Christopher Cross’ anthemic track, “Sailing” (1979). Long mocked for its saccharine sincerity and garish fashion, the original stigma attached to the music has lessened since about 2015.

In 2014 AllMusic‘s Matt Colier identified the “key defining rules of the genre” as follows:

Yacht rock was art untouched by the outside world. By contrast to what followed, this was probably the last major era of pop music wholly separated from the politics of its day.

Before the yacht rock, there was sea shanty, chantey, or chanty. It is a type of work song that was once commonly sung to accompany labor on board large merchant sailing vessels. The term shanty most accurately refers to a specific style of work song belonging to this historical repertoire. However, in recent, popular usage, the scope of its definition is sometimes expanded to admit a wider range of repertoire and characteristics or to refer to a “maritime work song” in general.

Shanty songs functioned to synchronize and thereby economize labor, in what had then become larger vessels having smaller crews and operating on stricter schedules. The practice of singing shanties eventually became ubiquitous internationally and throughout the era of a wind-driven packet and clipper ships. Shanty repertoire borrowed from the contemporary popular music enjoyed by sailors, including minstrel music, popular marches, and land-based folk songs, which were then adapted to suit musical forms matching the various labor tasks required to operate a sailing ship. Such tasks, which usually required a coordinated group effort in either a pulling or pushing action, included weighing anchor and setting sail.Shanties are work songs and were originally sung only for work

However, sailors also sang for pleasure in the fo’c’s’le (forecastle) where they slept or, in fine weather, gathered near the fore bitts (large posts on the foredeck). While songs with maritime themes were sung, all manner of popular songs and ballads on any subject might be sung off watch. The leisure songs associated with sailors are labeled simply as sea songs, but they have no consistent formal characteristics. They are also popularly known among enthusiasts, especially when distinguishing them from shanties, as fo’c’s’le songs or forebitters. Unlike shanties, during the singing of which one’s hands were occupied, sea songs might be sung to the accompaniment of handy instruments like fiddle or concertina. The switch to steam-powered ships and the use of machines for shipboard tasks, by the end of the 19th century, meant that shanties gradually ceased to serve a practical function. But even today there is interest in sea shanties.

Shanty choirs (German Shantychor, Dutch shantykoor) are choral groups – often with many members – that perform only sailor songs. They are especially popular in the Netherlands, Germany, and Norway. Polish performers of shanties favor medium-sized groups, often singing in harmony, accompanying themselves on instruments, and presenting themselves similarly to the way a rock band would.

Classical music cannot be forgotten when talking about music liked by sailors and about musicians who are inspired by sea and sailing. Composers are very often drawn towards the outdoors, nature and the elements. The sea is capable of provoking fear, awe and wonder with a beauty to inspire the fertile mind. Wagner was continually drawn to legends as the foundation stones for stories on which to base his operas. Seafarers were a superstitious breed, not unreasonable when one considers the dreadful conditions they were forced to cope with – and they were just from the sea itself. Never mind combating all the sea could throw at them, there was the possibility of pirates and hostile receptions when setting foot on foreign and unexplored lands, not to mention diseases and crowded conditions in the hull. There are various longitudes and latitudes where it is supposed the fabled Dutchman got into difficulties captaining his ship, the most popular being the Cape of Good Hope, notoriously formidable to navigate and every one has its own sound.

Benjamin Britten wrote the opera, Peter Grimes, about an outsider and the prejudice of a tight-knit fishing community. The parallel between the antagonism towards the aggressive Grimes, who the town blames for his apprentice’s death on his boat, and the unpredictability of the sea is written into the music. It rocks back and forth, spilling over into anger and violence and destruction. Britten’s mastery in painting the raging open waters mirroring the turbulence unfolding back on land ensures this work will remain a favourite of opera house repertoire. As a child, Debussy regularly visited the seaside, though as an adult he preferred to keep his distance the sea remained his inspiration. La Mer is one of the classic works of the twentieth century composed by one of the most innovative composers to have come out of France, or indeed, out of Europe.

The full title is The Sea, Three Symphonic Sketches For Orchestra, and it was completed in 1905 while Debussy was taking a long holiday on the south coast of England. Conversely, he wasn’t enamoured by the sea and didn’t enjoy the journey over from France. In this work Debussy wishes the listener to absorb the atmosphere he creates, literally to allow the music to wash over them, rather than to imagine a specific programme. Great crescendos and diminuendos symbolise the rise and fall of the waves and the eddying unpredictability of the sea. The glint of the sun on the water is depicted by the metallic quality of the glockenspiel, curls of sound whisk up waves, but no story as such to hang the music on. It is music for music’s sake.

Felix Mendelssohn’s Calm Sea and Prosperous Voyage sets out, as one might expect sedately, smoothly slipping its mooring as gliding steadily over flat seas. This calm sea belies the nervousness passengers in the early nineteenth century would have undergone – no wind, no progress. The later section of the work presents the sea as a heroic character, getting up a head of steam and carrying its visitors on its back of waves. Trumpets announce the ship sailing safely into harbour, and the quiet downbeat ending, almost as a sigh of relief that all is well and the passengers can take steady steps again on dry land.

A playlist for sailing

There are a lot of playlists meant for sailing but this is a playlist created by sailing enthusiasts about sailing and boats that goes great with the movements of the boat. 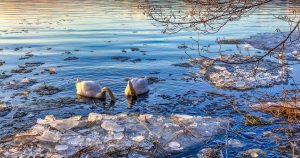 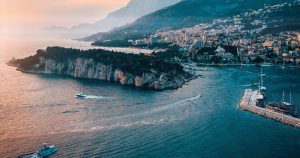 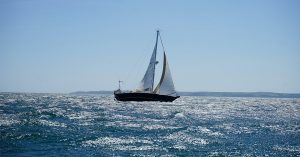