Around the world with epilepsy 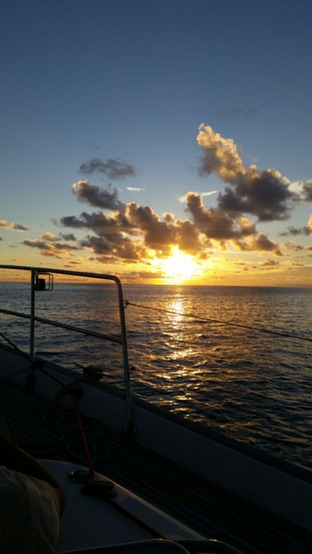 An inspiring story of Phil Haydon and how he has been creating awareness about epilepsy through sailing programs.

On a casual sunny day in England, Phil Haydon was riding to school with his friends. It was a regular school day, but he was excited about the much-anticipated summer school break. At just fifteen years old, Phil Haydon was an intelligent and energetic teenager who enjoyed biking like every other child on the block. In 1972, his life took a drastic turn while biking on the last day of that school year. A minor accident turned fatal for Phil when a brick hurled by a classmate struck Haydon in the forehead. This knocked him down the street. His immediate reaction was to try and stand straight, but he wavered. With blood slowly trickling down his face, he gathered all the courage to get to the school. Soon after, he was taken to the nearest hospital by the school administrators. Assessing the situation, the doctors took an instantaneous call to transfer him to a well-equipped hospital in Oxford. In just an hour, Haydon started having severe seizures. A surgery was soon performed on Haydon to remove the shard of brick from his forehead. Although the seizures were under control, his memory started becoming terrible and it started reflecting on his studies.

For over forty years, Phil Haydon has successfully managed to become seizure-free and have epilepsy under control pharmacologically. As an expert in the study of neuroglial interactions, Haydon has made several grounds breaking discoveries.

For the love of sailing

Before the fatal accident that occurred in his childhood, Haydon was a competitive whitewater kayaker. Due to epilepsy, he chose to stay away from his favorite water activity. After his kids started leaving home for college, he decided to get back on the water. Although kayaking was a little risky, he decided to venture into sailing. In 2007, after getting trained in sailing, he started cruising right up and down the coast. Through practice, he started focusing on offshore sailing and racing. Epilepsy was medically controlled, but he always knew sleep deprivation while sailing could trigger incidents back. He trained his body to take up this new challenge and remained successful. Haydon would take an hour nap at night, set an alarm, wake up and go back to sleep. Haydon taught himself how to nap effectively and downloaded and calibrated an app that he used to monitor his reaction time aboard to determine if he required sleep. He also takes several precautionary measures including tethering and tying himself to the boat.

Giving back to society

Haydon was always inspired by the effect of sailing on his mental well-being. Since 2007, he has taken off on several sailing adventures. In 2017, he decided to take a new sailing challenge to create awareness about Epilepsy. In November 2021, he plans to set sail from Boston and circumnavigate the globe on a fifty-foot yacht flying a Tufts University School of Medicine flag. His objective is to raise awareness and money for epilepsy research, considering there are over 50 million people worldwide who have been diagnosed with epilepsy.

He is confident that he will be able to complete the circumnavigation of the globe during a span of three years. Instead of one continuous trip, Haydon intends to complete different legs of travel with various crew members. Haydon hopes to blog his experience and write about his sailing stories throughout his journey. He will also be connected with his followers on social media and will be posting videos of his sailing adventure to get people inspired. Haydon being the Neuroscientist will track and share his brainwave activity via a personal electroencephalogram. For him, this opportunity is all about educating people and to encourage patients, particularly children, to overcome the disorder.

Phil Haydon aspires to inspire people around him. He has already done a tremendous job of educating people about epilepsy. With him circumnavigating the Earth, Haydon will inspire people to come out of their comfort zone and stop giving medical reasons to try something that they’ve always been passionate about. Whether you have epilepsy or not, a new and exciting adventure is always waiting for you!

Dream a little dream of sailing

Sailing represents the way you take charge of your existence. Sailing in a dream portends

Paint away your troubles It is never easy to paint on the sea. It is

You think you are great at multitasking? Try sailing and see if it really is

Tell your stories on how sailing improved your well-being! 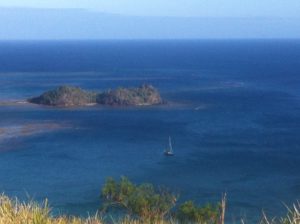 Choosing crew: How to avoid problems in your cockpit

Discovering sailing after a heart attack

Dream a little dream of sailing

Enjoy Cruising with No Limits

Everything you need to know about stress and how can sailing help de-stress?

Fit and healthy with sailing!

Healthy mind games: Forgetting the clutter and clearing the brainwaves

How can sailing help you create a dream team?

How does sailing help addiction?

How does sailing help children with ADHD?

How to get away from your problems and not feel isolated

Positive Impact of Sailing on PTSD

Sailing after the brain injury

Sailing as a cure for work addiction

Sailing as an Occupational Therapy

SAILING CAN CHANGE YOUR LIFE

Sailing for people with disabilities

Sailing Retreats as an Effective Cure to Dyslexia

Story of a Sailor: Alejandro Basail

Sun screening burning up the day: chasing shadows on the open sea

The Healing Power of the Sea